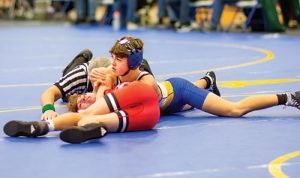 With the results, Imlay City improves to 28-6 this season.