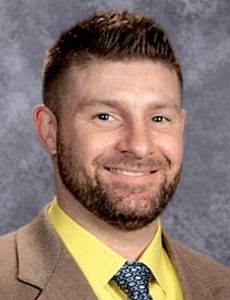 IMLAY CITY — Imlay City High School Principal Brian Eddy, reports that the fall 2022 semester has been a successful one for both students and staff.

“The fall semester has held many successes both in and out of the classroom,” Eddy said. Now we’re looking forward to a great second semester.”

He also cited the efforts of ICHS student Grace Belisle, who finished second in the Broadcast News Production Team competition at the Ed-Tech Center.

Looking ahead, Eddy said that another Snowcoming is just around the corner to feature a variety of student activities and celebrations the week of January 30, while the highly-anticipated Snowcoming Dance takes place on Saturday, Feb. 4.

“We look forward to a great start to the second semester,” said Eddy.

For further information, contact Melissa Fleury at 810-724-9861, or email to mfleury@icschools.us