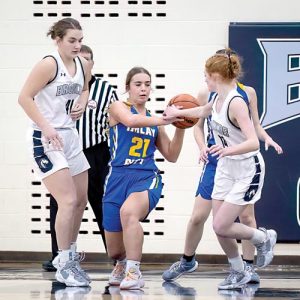 In Friday’s battle, Imlay City spotted North Branch a 10-5 lead after one quarter was over with.

Imlay City then fought back with a 13-10 second quarter advantage, closing the gap to 20-18 at the halftime break.

When the action, resumed, North Branch countered with an 11-4 third quarter edge. That staked the Broncos to a 31-22 advantage with 24 minutes elapsed.

North Branch then outscored Imlay City 15-9 from that point on, good for a 46-31 win at night’s end.