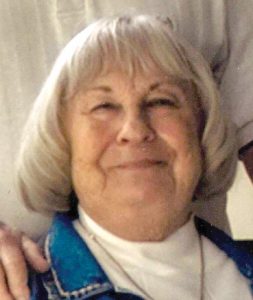 Helen married Fred “Bo” Thiemkey on January 22, 1949 in Cheboygan, MI. She was preceded in death by her husband, Fred, on November 19, 2017. She was a homemaker, raising her family. Helen enjoyed painting and much of her artwork is hanging in homes around the county. Helen had made many friends, over these last five years, at Stonegate Health Campus in Lapeer and The Bells in Almont.

Please be sure to sign the online register book at www.muirbrothersfh.com to share your memories and condolences with the Thiemkey family.