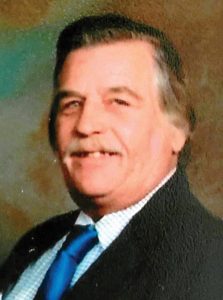 He was preceded in death by his parents John and Frances Wallis of Imlay City, MI; grandparents, Leo and Emma Riney of Capac, MI; and Irma (Ebert) Wallis and Harold Ebert of Detroit.

Eric was a decorated Vietnam War veteran serving from 1968-1970 in the 1st Air Cav Division as a paratrooper. He earned military honors for his acts of heroism during combat. After his service, he settled in Florida where he raised his family as well as racehorses. He worked for Southern Bell/AT&T until his retirement. He loved having a horse ranch, was an avid poker player, and huge football fan cheering on the University of Miami and the Detroit Lions.

Services will be quietly observed graveside at Imlay Cemetery. He requested to be buried next to his parents. Details are to be determined.

In lieu of flowers, the family is requesting support in memory of Eric Wallis to Disabled American Veterans (www.dav.org) or to the Imlay City chapter of the Veteran of Foreign Wars (VFW).