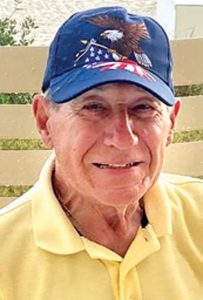 Robert Earl McChristian was born February 1, 1940 in Cairo, IL. He was the son of the late Allie and the late Anna Nell (Smith) McChristian. When Bob was young, he and his family moved to Warren, MI. He was a graduate of Fitzgerald High School in Warren, MI, Class of 1959. Bob married Kathryn Schultz on May 4, 1963 in Detroit, MI.

He was employed as a custodian for 20 years at Imlay City Community Schools before retiring in 2005. Early in Bob’s career, he worked for Massey Ferguson in Detroit, MI.

Bob was a member of the Imlay City Knights of Columbus. He volunteered for many local athletic events: basketball, football and wrestling.

Bob was preceded in death by his parents, Allie and Anna Nell McChristian.

Please be sure to sign the online register at www.muirbrothersfh.com to share condolences and memories with the McChristian family.