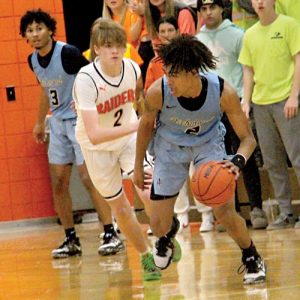 ALMONT —  The Almont varsity boys’ basketball team put up a good fight, only to fall by a 53-43 scoreboard count to visiting Richmond in a Blue Water Area Conference clash last Friday night.

In Friday’s clash, Richmond opened up a 15-12 edge after one quarter was over with.

The middle two quarters saw Richmond hit for 26 total points as did Almont. That left them up 41-38 with 24 minutes gone.