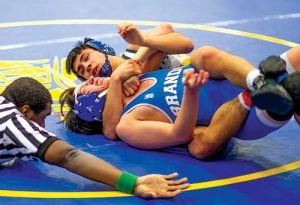 Imlay City’s Julian Rojas works for a fall Saturday at a tourney his team hosted.

With the results, Imlay City now stands at 22-5 overall.