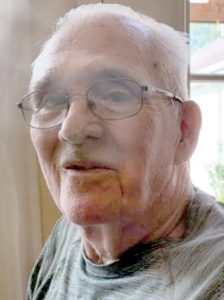 Harvey R. Pratt, 83, was a lifelong resident of Capac. He was a father, grandfather, great-grandfather, brother and a dear friend to many. Harvey left this world on January 8, 2023, surrounded by his loving family in the home he built.

Harvey was born on March 3, 1939, in Bad Axe, MI to the late Fred and Belva Pratt. After graduating from high school, he enlisted in the Army on January 5, 1960. Harvey returned home to marry his high school sweetheart, Bernadette Pratt, in July of 1960. She preceded him in death on October 21, 2022. Harvey and Bernadette were married for 62 years and raised six children together. Harvey was employed at Chrysler Sterling Stamping plant for twenty-eight years, where he excelled and become an Executive Plant Manager. Upon his retirement in 1993, Harvey fulfilled his lifelong passion of becoming a hunting guide for many years in Sundance, WY. He was an avid hunter, fisherman and craftsman.

Harvey was a devoted husband, father, grandfather and great-grandfather who touched the lives of many with his kindness, generosity and priceless presence. Harvey will be missed by many, especially by his very best (late in life) friend, Rodney Cleary. A very special thank you to Rodney for his loyalty and devotion to Harvey. When Rodney was near, Harvey never feared. You may be gone from our sight, but the wisdom and lessons you’ve instilled in us will live on through the family you so genuinely cherished. We cherished you as well and you will always live on in our hearts. Rest in peace.

Memorial tributes may be made to Laura Cleary.

To view the obituary and share memories, please visit www.jowettfuneraldirectors.com