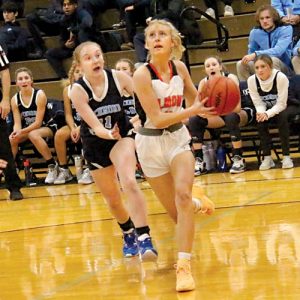 Jesse Kautz, of Almont, drives to the hoop during a game versus Richmond last Friday night.

With the outcome, Almont improves to 5-6 overall and 2-3 as far as BWAC confrontations are concerned.

In Friday’s battle, Almont spotted Richmond a 9-5 edge after one quarter had ended.

Both sides hit for seven points during quarter number four, enabling the former to claim a 31-30 win at night’s end.