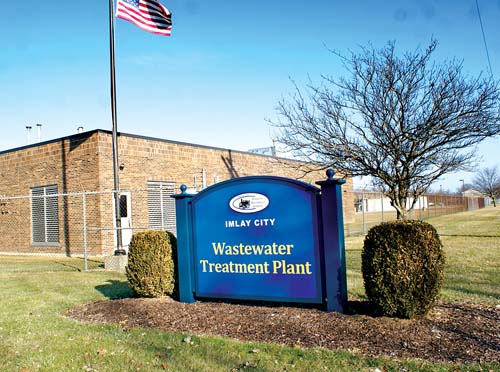 Imlay City Wastewater Treatment Plant (WWTP) Supt. Pat Rankin was at Tuesday’s (Jan. 3) city commisson meeting to report on the status of the plant located on First St. in the Industrial Park.

Rankin and three employees oversee the plant’s daily operations, including repairs, maintenance and mandated lab reports to the State of Michigan.

Rankin informed commissioners that the plant’s lift station is in dire need of repair.

He said repairs to the lift station are to be included in an upcoming Fourth Street improvement project, which is part of a Community Development Block Grant to begin soon.

Rankin added that the WWTP Department has two plants; the first being built in 1986; and an addition was constructed in 2002.

In another water-related issue, on Dec. 29, 2022, the city received a letter from Michigan Dept. of Environment, Great Lakes and Energy (EGLE) notifying of a violation pertaining to the low level of phosphates in the water system during the period when the city was relying on emergency backup wells.

Alterations will be made to correct the phosphate levels in back-up wells should they occur in the future.