Raiders fall by point to Armada 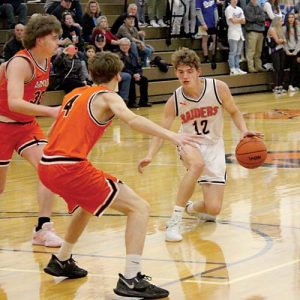 With the decision, Almont now stands at 3-4 overall and 0-2 as far as BWAC clashes are concerned.

In Thursday’s clash, Almont took an 18-16 edge after one quarter was complete.

Armada then bounced back with a 9-4 second quarter advantage, going up 25-22 at the halftime break.

The third quarter would see Almont net 15 points and Armada generate 12, squaring the scoreboard count at 37 points each after 24 minutes of play.