Kolke comes to Capac with more than three decades of experience in public safety and law enforcement. 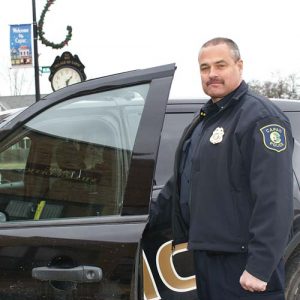 His prior service as a police officer includes service in other communities.

He said Kolke will be subject to a six-month review, after which he could be awarded a boost in salary.

“Chief Kolke has a lot of administrative and command experience as a police lieutenant at other departments,” Youatt noted. “That kind of experience will be invaluable to our police department and the community of Capac.”

Chief Kolke said that as a veteran law enforcement officer, becoming a police chief is something he has aspired to.

“This was the obvious next step for me,” Kolke said. “I plan to be out patrolling the streets in uniform and to become a part of the community.

“I’m looking forward to the opportunity and to the new challenges the position offers,” he continued. “I’ve been doing this for 33 years and I still love being a cop.”