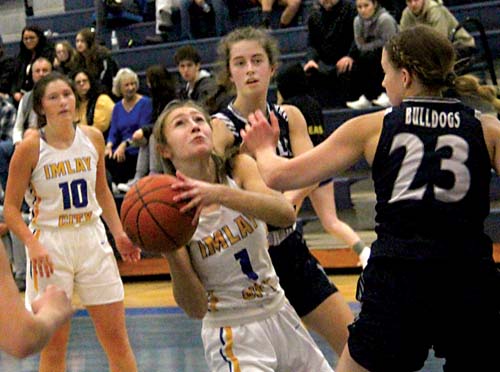 Chloe Bruman, of Imlay City, looks to score during a BWAC clash versus Yale last Wednesday at home.

With the result, Imlay City improves to 8-2 overall and 3-0 as far as BWAC clashes are concerned.

In Wednesday’s battle, Imlay City forged a 15-13 edge after one quarter was done and widened the gap to 29-22 at the half.

When the action resumed, Imlay City struck with a 13-12 third quarter advantage. That staked them to a 42-34 lead with 24 minutes gone.