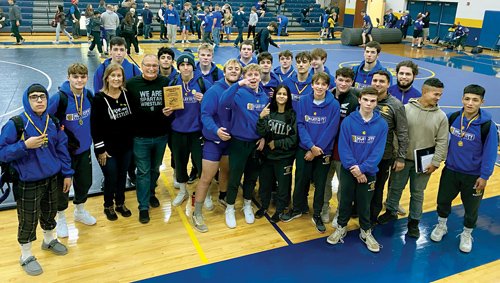 The Imlay City wrestling team poses for a photo after claiming a first at the Standish Sterling Tournament last Wednesday.

Imlay City began their title-producing path with a 51-27 triumph over Standish Sterling. That was followed by a 54-24 win over Gladwin; a 60-18 victory against Bay City John Glenn; and a 54-28 triumph against Saginaw Arthur Hill.

Brady Czapiewski provided the next best Imlay City showing. He put together a 3-0 record at 150 pounds.

With the results, Imlay City improves to 15-3 this season.