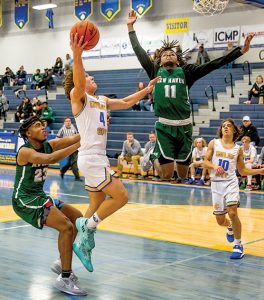 With the outcome, New Haven improves to 4-0 overall. Imlay City slips to 3-3 this season.

In Tuesday’s game, Imlay City spotted New Haven a 19-9 advantage after one quarter was over with and trailed 32-16 at the half.

When the action resumed, New Haven continued to pull away. Aided by a 19-12 third quarter advantage, the Rockets went up 51-28 with 24 minutes gone.

New Haven then outscored Imlay City 14-2 from that point on, finishing off a 65-30 victory.