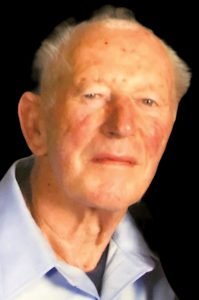 Herbert Harold Boulan, age 89, passed away on December 24, 2022. He was born March 31, 1933 in Troy, the son of Herbert and Ethel (Currier) Boulan. He followed the family tradition of brick masonry, both residential and commercial. He later started his own business, Boulan Construction, which he owned and operated for 15 years. Herbert married his beloved wife Alice Brinker on December 2, 1967 at Sacred Heart Catholic Church in Imlay City. He was an active member of St. Cornelius Catholic Church in Dryden for many years. He and his wife enjoyed traveling throughout the United States in their spare time. Herbert was an avid Detroit Tigers, NASCAR and Detroit Lions fan. Most of all he loved spending time with his family and will be missed by many.

He is survived by his beloved wife, Alice, of 55 years; loving daughters, Debra (Chris) Strohm of Dryden, Brenda (Larry) Kleinknecht of Lapeer; two grandchildren, Matthew (Lauren Monfort) Kleinknecht and Rachel (Alex) Perry both of Lapeer. Also surviving, his brother, William Boulan of Lewiston; and many nieces and nephews.

He was preceded in death by his parents; siblings, Lawrence, Thomas, Richard, Barbara Rust, Janet (Brinker) Kennard and Beverly McEldowney.