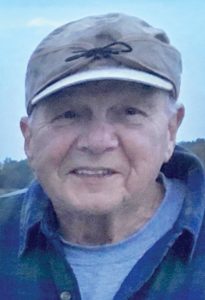 William “Bill” Poliskie, Jr., age 87, of Almont, MI died Thursday, December 15, 2022 at Medilodge of Yale, MI. William Ralph Poliskie, Jr. was born April 4, 1935 in Detroit, MI. He was the son of the late William Sr. and the late Nellie (Lappa) Poliskie. Bill grew up in Detroit, MI. He was a graduate of Henry Ford High School in Detroit. He married Jean Moran on September 7, 1958 in Port Austin, MI. Bill and Jean lived in Warren and Sterling Heights, MI before moving to Almont 27 years ago.

He was employed as a Journeyman and Machinist by the Chrysler Corporation before retiring.

He is survived by his wife, Jean Poliskie; daughters, Brenda Marsiglio of Allenton, MI and Kris Poliskie of Las Vegas, NV; his son, Lawrence (Carryn) Poliskie of Attica, MI; sister, Betty Rossi of Mt. Pleasant, MI; and his grandchildren, Kevin and Kayla.

Bill was preceded in death by his son-in-law, Guy Marsiglio and brother, Michael Poliskie.

A memorial is not set at this time. In 2023, the family is planning a memorial offering at Bill’s church, St. John the Evangelist in Allenton, MI.

Those wishing to make memorial contributions may direct them to a local food bank in your area.

Please be sure to sign the online register at www.muirbrothersfh.com to share condolences and memories with the Poliskie family.