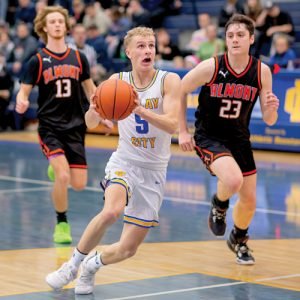 In Friday’s battle, Almont grabbed a 16-15 edge after one quarter was over with.

Almont then put together an 11-9 fourth quarter rally, only to fall 49-47 when the final buzzer sounded.

Hund (13 points, including a trifecta) and JD Trout (12) proved Imlay City’s toughest players to stop. They were backed by Zander Nash (10 points), Andrew Cezik and Will Keesler (four each), Caleb Debaeke (a trey) and Evans (three).