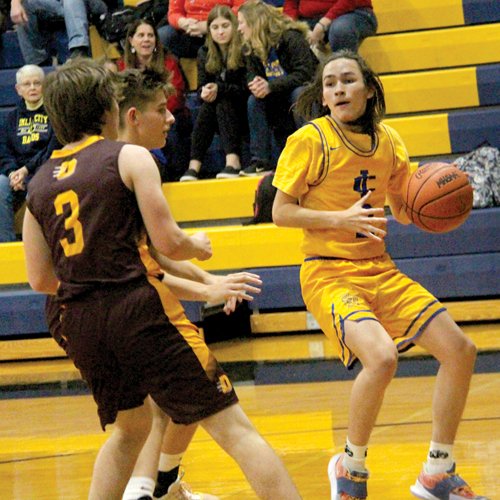 Imlay City’s Greg Pawlaczyk looks over his offensive options in action at the Harry Moore Tournament. Pawlaczyk hit the game-winner in the title encounter.

With the outcome, Imlay City moves to 2-1 this season.

In Friday’s game, Imlay City jumped out to a 19-10 advantage after one quarter was over with.

Imlay City then put together a 14-6 final quarter rally, enabling them to pull out a 53-51 win.

For Imlay City, Zander Nash (20 points) and Beau Hund (19, including three trifectas) led the way. The Spartans also had Caleb Debaeke and Pawlaczyk (five, featuring a trey, each) along with Matt Evans and Tyler Pries (two apiece) reach the scoring column.