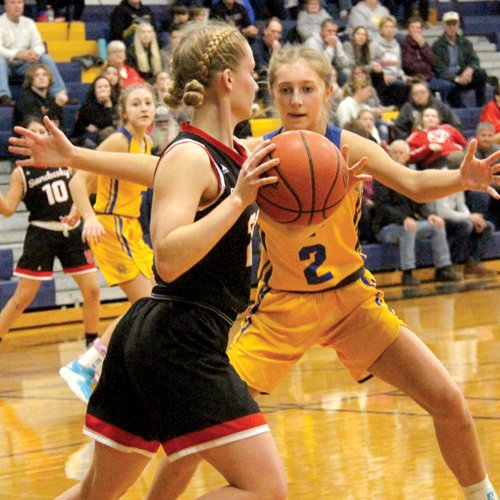 IMLAY CITY — Lily Lengemann converted a three-point play with 1.1 seconds remaining, lifting Imlay City to a 51-48 victory over Sandusky in the finals of the Harry Moore Tournament last Saturday afternoon.

With the outcome, Imlay City raises their mark to 5-0 this season.

In Saturday’s title confrontation, Imlay City took a 15-11 edge after one quarter was finished.

Imlay City followed it up with a 17-6 second quarter advantage, increasing their lead to 32-17 at the half.

When the action resumed, Sandusky bounced back with a 19-9 third quarter edge. That enabled them to close the gap to 41-36 with 24 minutes gone.