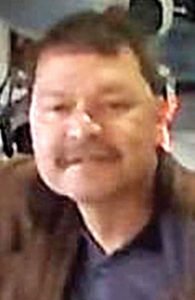 Terry Gebhardt, 65, of Imlay City, MI died Friday, December 2, 2022 at McLaren Lapeer Region Hospital of Lapeer, MI. Terry Lawrence Gebhardt was born December 14, 1956 in Sandusky, MI. He was the son of Walter and Shirley (Warner) Gebhardt, Jr. Terry grew up around the Sandusky and Brown City areas. He was a graduate of Brown City High School, Class of 1975. Terry married Lori Lee Sidell on May 3, 1980 in Imlay City, MI.

Terry and Lori have lived in Imlay City since the early 1980s. He loved spending time with his family camping. His little dachshund puppies (Kelly and Auggie) were always with him. Terry was employed by Pontiac Motors Division of General Motors as a final repairman for 5-7 years in Pontiac. Terry experienced kidney failure in the late 1980s and was a recipient of a kidney transplant in 1988 and a kidney and pancreas transplant in 1996.

He was preceded in death by his father, Walter Gebhardt; parents-in-law, Edward and Marian Sidell; and both sets of grandparents.

Those wishing to make memorial contributions may direct them to Gift of Life and Ever-Sight.

Please be sure to sign the online register book at www.muirbrothersfh.com to share your memories and condolences with the Gebhardt family.