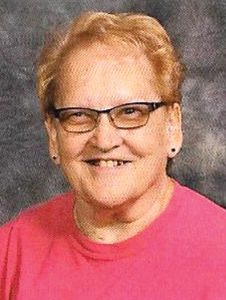 Marlene Mulder, age 73, died December 4, 2022 at Lapeer County Medical Care Faculty (Suncrest) after a short illness. Marlene was born November 14, 1949 in Imlay City, MI. She was the daughter of the late Peter Mulder and the late Catherine (Van Doeselaar) Mulder.

Marlene lived her life in Imlay City, close to her family and friends, and enjoyed spending time with them. She worked for 30 years at Suncrest where she made many friends. She was a lifelong member of the Imlay City Christian Reformed Church. Marlene spent her retirement visiting other church members, driving them to appointments or meeting them for weekly lunch dates. She loved to play her weekly Rummikub games with friends. Marlene discovered her gift for coloring beautiful pictures and shared her work with her neighbors.

Marlene is survived by her brothers, John (Sharon) Mulder and Pete Mulder, both of Imlay City; sister Levina Kay (Greg) Hite of Owosso, MI; sisters-in-law Gloria Mulder of Johnson City, TN and Mary Jo Mulder of Merritt Island, FL; along with many nephew and nieces.

Marlene was preceded in death by her parents; brothers, James Mulder and David Mulder; and sister-in-law, Kathy Mulder.

Visitation will begin at 10 a.m. with the service following at noon.