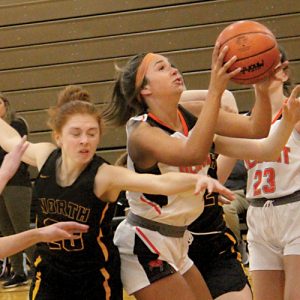 With the outcome, Almont slips to 1-2 overall.

In Monday’s clash, Almont jumped out to a 10-2 advantage after one quarter was over with.

Lutheran North then outscored Almont 15-6 from that point on, good for a 34-21 win when the final buzzer sounded.