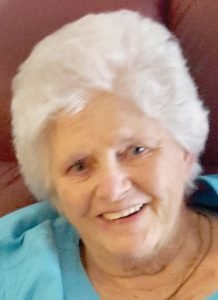 Joann and Joe had been going to their cottage on Elk Lake in Attica since the mid 1960s. After their retirement, they moved to their cottage on Elk Lake, from Grosse Pointe Woods in the late 1990s. She enjoyed her great-grandchildren, boating on the lake, rides to new restaurants, spending time with Joe in Tavares, FL, and her flower gardens (especially the hydrangeas).

She was preceded in death by her husband, Joe Mattiacci (September 2, 2021); her son, Guy Joseph Mattiacci; brothers, Robert Cussigh and Rudolph Cussigh.

The family will be available for visitation 10-11 a.m. Wednesday, November 30 at Sacred Heart Catholic Church.

Please be sure to sign the online register book at www.muirbrothersfh.com to share your memories and condolences with the Mattiacci family.