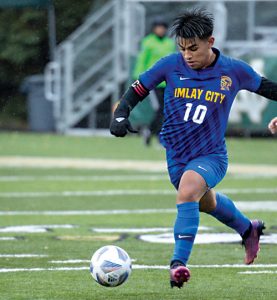 Sergio Galiana earned a spot on the team as a first team selection. The senior forward finished his final campaign with 21 goals.

He will be continuing his soccer playing days next season at Great Lakes Christian College in Lansing.

Luis Barragan claimed a spot on the squad as a Division 3 All-State honorable mention choice. The senior defender contributed five goals and three assists to Imlay City’s cause this fall.

Like Galiana, Barragan plans to play at the collegiate level. He is currently weighing his options as to which school he will attend.

With their help, Imlay City finished the 2022 campaign as Blue Water Area Conference Champions. The Spartans also won a Division 3 district title and reached the regional championship match where they watched an outstanding season draw to a close.