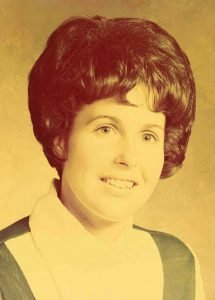 Donna “Jeannie” Gillespie, age 78, of Imlay City, MI died Wednesday, November 16, 2022 at William Beaumont Hospital – Troy Campus. Donna Jean Vaughn was born April 14, 1944 in Roderfield, WV. She was the daughter of the late James and the late Minnie (Hoover) Vaughn. Jeannie grew up in Roderfield, WV. She was a high school graduate. Jeannie married Robert Gillespie on December 23, 1961 in Lebanon, VA. She and Robert moved to Michigan in 1961 and to the Imlay City area in 1972. She was preceded in death by her husband, Robert, November 22, 2017.

She was a homemaker, raising her family.

Donna was preceded in death by her husband, Robert Gillespie; son, Ken Gillespie; and her parents, James and Minnie Vaughn.

Please be sure to sign the online register at www.muirbrothersfh.com to share condolences and memories with the Gillespie family.