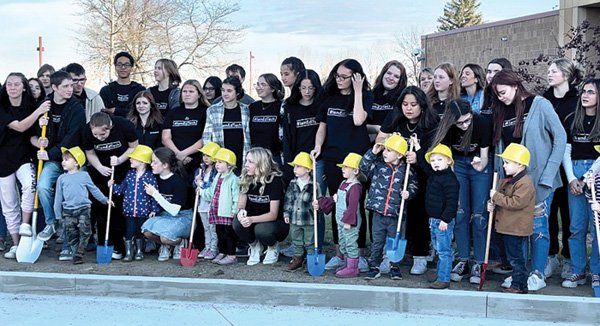 Both high schoolers and preschoolers joined in breaking ground at the Lapeer County Ed-Tech Center on Thursday.

Taking part in the ground breaking ceremony were high school students from the Digital Media Arts and Careers and Education programs.

Also in attendance for the ceremony were 3-year-old preschool students from the school’s Teens ‘n’ Tots Preschool program, who will be among the beneficiaries of the new facilities.

Construction crews began the excavation process for the $4 million expansion on the building’s north side on Nov. 1.

Upon completion of the expansion project, the building will utilize the added space for a new state of the art production studio, technology lab, instructional classroom, preschool and a playground.

There will also be a new entrance for the Teens ‘n’ Tots preschool to include a new parent drop-off.