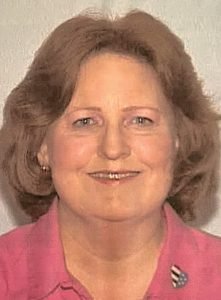 She was employed as a manufacturing specialist by Texas Instruments, where she worked on the H.A.R.M. missile project, and then moved to the Wafer Fab creating computer chips. Marie retired on September 17, 2017 after 30 years of service.

Marie was an avid bowler, no matter how many gutter balls she threw. She was an active member of St. Paul the Apostle Catholic Church in Richardson, TX where she kept involved with the Knights of Columbus and Catholic Daughters. Marie also helped build several houses with Habitat for Humanity.

Marie was preceded in death by her husband, William “Bill” Smith; daughter, Nikki Smith; and her brothers, Wayne Lee and Ron Lee.