Capac falls in championship versus Marlette 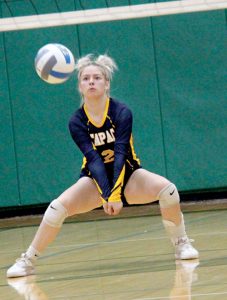 Brown City High School is where the action unfolded.

Klink and Roberson (one each) managed Capac’s blocks.

Schaefer handled the bulk of Capac’s playmaking responsibilities. She finished with 12 assists. The Chiefs also received one set assist from Anna Klein.