This time in the person of former Detroit Red Wing Justin Abdelkader, AKA Michigan’s newest version of “Mr. Hockey.” 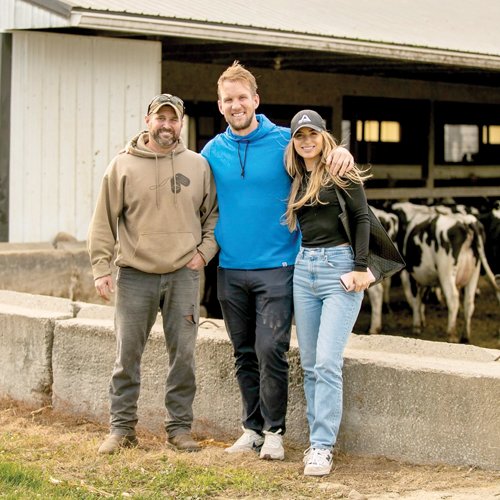 Despite his prowess and successes on the ice, Abdelkader had never before set foot on a dairy farm.

Siegler said it was an unexpected call from the United Dairy Industry of Michigan last week that informed him of Abdelkader’s upcoming visit to Imlay City.

“He (Abdelkader) helps us promote our chocolate milk; the best recovery drink out there,” Siegler opined. “We were extremely honored that out of all the farms in Michigan, they thought of us.

Siegler said Abdelkader brought along his wife and child and a good time was had by all.

Though the visit was intended to last just an hour, the visitors ended up walking the grounds and sharing stories for more than two hours.

“They were very down-to-earth,” Siegler said. “We were happy to be able to have the opportunity to represent Imlay City in a positive light.”

Siegler added that the farm marked its 70th year in business this month.