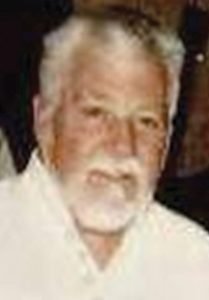 Edward Winczner, age 90, of Imlay City, MI died Tuesday, October 25, 2022 at Serenity Gardens Assisted Living of Imlay City, MI. Edward Vincent Winczner was born July 18, 1932 in Detroit, MI. He was the son of the late Edward and the late Jeanette (Feack) Winczner. Edward grew up in Roseville, MI. He was a graduate of Lake Shore High School in St. Clair Shores. Edward proudly served in the United States Army from 1953-1954 during the Korean War. He married Marsha Honick on January 19, 1991 in Warren, MI.

He was employed as a Data Processor by Chrysler Corporation in the IT/Data Processing departments at the Jefferson, Hamtramck, and the Highland Park Plants.

Those wishing to make a memorial contribution may direct them to Paradise Animal Rescue, 2266 N. Lapeer Road, Lapeer, MI 48446.

Please be sure to sign the online register at www.muirbrothersfh.com to share condolences and memories with the Winczner family.