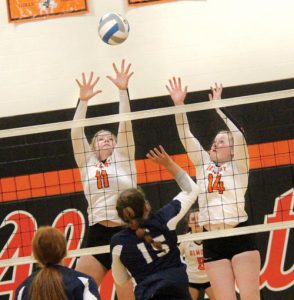 Koenig handled the bulk of Almont’s playmaking responsibilities that day. She finished with 16 set assists.