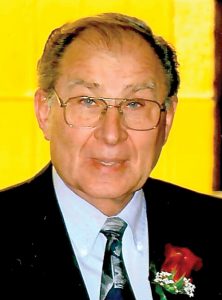 James “Jim” Edward Bollaert of Attica, MI was born May 9, 1943 to Maurice and Mildred (Bassier) Bollaert and married Katherine Ann Dombrowski on June 27, 1964.

Jim was a devoted Catholic member of St. John’s, and family meant the world to him. He was a journeyman pipefitter for General Motors for many years, transitioning to maintenance supervisor for many more. Upon his retirement from GM, he became a licensed realtor in the area before once again retiring.

Jim enjoyed the outdoors, hunting, trap shooting, golfing, and repurposing peddle tractors. He had the Bollaert sense of humor, inherited by his sons, grandchildren, and great-grandchildren, and brought much laughter to those lucky enough to know him. Jim’s heart was big for this earth, and he was called home on October 20, 2022 to be with his Maker, leaving his family and friends with many fond memories and love of faith behind.

The Funeral Mass will be held on Wednesday, October 26 at 11 a.m. with visitation from 10 to 11 a.m. at St. John Catholic Church in Allenton. Fr. Mike Gawlowski will officiate. Burial will follow in West Berlin Cemetery.