Capac ends year with a 3-6 record

With the decision, Brown City improves to 8-1. Capac watches a 3-6 campaign reach an endpoint. 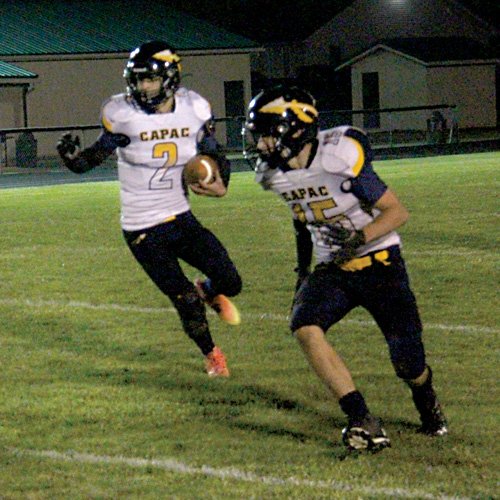 “I was very disappointed in our tackling and pass coverage,” Capac Coach Rob Novy said. “We scored on our first drive but after that Brown City took it to us,” he noted.

“Derek Mason had a nice game at quarterback and Zach Langmesser had a good game on offense and returning kicks for us. We made a lot of improvements this year but have a long way to go in order to compete for our league title.”

In Thursday’s clash, Capac spotted Brown City a 32-6 advantage after one quarter was over with and trailed 39-6 at the half.

When the action resumed, Brown City continued to pull away. Thanks to a 14-0 third quarter edge, the Green Devils widened the gap to 53-6 with 36 minutes gone.

Brown City then outscored Capac 6-0 the rest of the way, finishing off a 60-6 win.

Mason connected on seven of 12 of pass plays for 72 yards as Capac’s quarterback. He threw one interception en route to those numbers.

Carlos Uribe-Arce was the other Capac player who aired out the football. Uribe-Arce completed one of two pass plays for 31 yards with no interceptions.