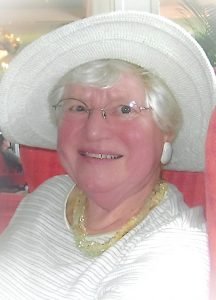 Lydia (Nickora) Mulder (aka Marion Lydia Mulder), aged 97, died at Raybrook Manor, Holland Home in Grand Rapids on October 2, 2022. Born in Detroit, MI on December 2, 1924, she was the daughter of John and Iosana Nickora.

Lydia, the oldest of five children, spent her early childhood in Detroit. When she was 9, her family moved to a farm in Imlay City where she learned farm chores and absorbed her mother’s cooking talents. During her years there, Lydia began her journey to become an accomplished pianist. After graduating from Imlay City High School in 1943, she then worked as a secretary for General Motors before attending college. She graduated from Albion College in 1948 with a B.A. in teaching and returned to her hometown to teach English at Imlay City High School. She sang in the college choir while at Albion, where she met John Woodbury Mulder, who would become the love of her life. Lydia and John married at Imlay City First Baptist Church on June 11, 1949. They moved to Boston, where John attended Divinity School at Boston University. Upon his graduation in 1952, they moved to Pontiac.

Consistent with the life of an itinerant Methodist minister, John and Lydia served several communities in the eastern part of Michigan, including Pontiac, Walled Lake, Detroit, Saginaw, Royal Oak and Dearborn. In each place Lydia found meaningful ways to serve. Her life revolved around caring for her family and church involvement. She enjoyed hosting church meetings and friends, cooking and reading (she continued her voracious reading habit well into her 90s). Always manifesting a servant’s heart and an attitude of compassion and generosity, Lydia and John opened their home to many people as a temporary residence.

Music was central to Lydia’s life. She played the piano whenever possible, performing in church and recitals, accompanying choirs and soloists, and singing in the choir at all the United Methodist churches she attended, including Pontiac, Walled Lake, Royal Oak, Dearborn, Birmingham, Metropolitan (Detroit), and St. Paul’s (Grand Rapids). Once all her children were attending school, she began teaching piano. She was a certified piano instructor, and leaves behind a legacy of accomplished piano students.

Lydia had an active social life as well, participating in PEO, Sigma Alpha Iota, Tuesday Musicale of Detroit, and the Detroit Musicians League. After John’s death in 1980, Lydia lived independently in Dearborn and supported herself through piano teaching. She continued an extraordinarily active life, corresponding with friends, reading, swimming, singing in choirs, and travelling throughout the world. She loved sweets and flowers. In 2011, the impact of age was becoming more apparent in her life, and she transitioned to the living communities of Holland Home in Grand Rapids. Even then, she never stopped reading, connecting with family and friends, and occasionally finding her way to a piano to play a few measures of a Chopin etude.

Throughout her life, Lydia’s faith in Jesus Christ radiated through all she did and all she touched. She was an avid Bible reader and prayer warrior, and was an inspiration to all.

We celebrate Lydia’s life, her near-century of influence and legacy, and all she meant to so many. While she will be greatly missed, she will be lovingly remembered as one who always needed “just a touch of something sweet,” and who would admonish all to “hug each other hard!”

Lydia was preceded in death by her husband John, siblings Dorothy (John) Bacis and John Nickora, and parents.

A special thank you goes out to the attentive staff at Raybrook Manor of Holland Home and Faith Hospice, who provided wonderful care for Lydia.

In lieu of flowers, memorial contributions may be made to Faith Hospice, 2100 Raybrook Street SE, Suite 300, Grand Rapids, MI 49546.