Imlay pulls out win over Almont 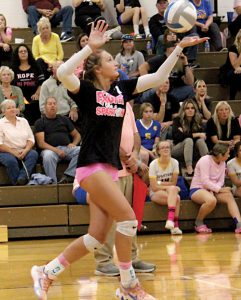 A group consisting of Roszczewski (18), Devin Johnston, Lydia LaCavera and Koenig (15 apiece) paced Almont as far as digs were concerned.

LaCavera and Koenig (one each) managed Almont’s ace serves.