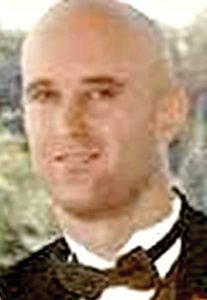 David Freer, II, age 51, of Capac, MI died suddenly Wednesday, October 5, 2022 in the Armada / Romeo area as a result of an auto accident. David Michael Freer was born February 3, 1971 in Mt. Clemens, MI. He was the son of David and Kathleen (Hess) Freer. David’s family moved from Romeo to Capac when he was very young. He was a graduate of Capac High School, Class of 1990. David joined the U.S. Navy in 1990 right out of high school and except for his U.S. Navy deployments, he has lived most of his life in Capac area. He served in the United States Navy during the Persian Gulf War from 1990 to 1994.

David has been employed as a production technician for L & L Products in Romeo for the past year. He previously worked for LOC Performance in Lapeer and Mold Masters in Lapeer for several years.

He attended Gateway Assembly of God in Imlay City where he participated as an usher and security. David was a huge St. Louis Blues and Ohio State Buckeye fan. He enjoyed fishing on the family’s pond and going out to catch bass, pike, gar and crappie. He liked to work out (body-building) and had participated in some boxing.

Please be sure to sign the online register at www.muirbrothersfh.com to share memories and condolences with the Freer family.