ALMONT — The Village of Almont has been awarded a $84,000 matching grant from the Michigan Dept. of Transportation (MDOT) for the purpose of making street repairs.

While already approved, the funds will not become available until the spring of 2023. 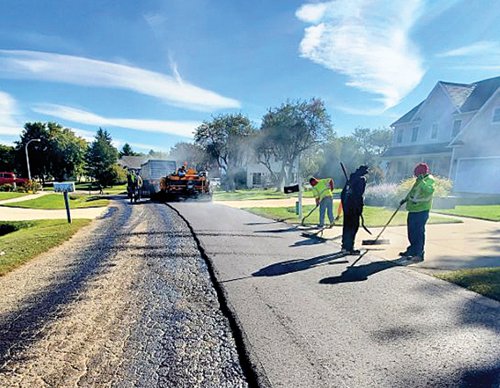 Thanks to the MDOT grant award, the Village of Almont will soon be able to make some much-needed repairs to streets.

In the meantime, village officials have identified several streets to be repaired using those funds. They include portions of Allison Drive, Janet Lane, St. Joseph Court, Dawn Drive and June Drive.

Village Manager David Trent said the 50/50 grant award mandates that the village meet all MDOT requirements, including bidding out the projects to reputable contractors.

Trent said the timing of the grant provides the village with much-needed funds and ample time to plan for future projects.

“The benefit to the village is that it helps subsidize our costs and allows us to roll over half of this year’s investment into next year,” Trent said. “It’s like putting money into our hip pocket for future projects.”

Trent added that some street repairs are currently underway in the village’s Orchard Hills subdivision. That work has been contracted out to T.G. Priehs Paving of Imlay City.

Almont DPW Supt. Bryan Treat was elated to hear the village will be receiving grant funding for much-needed projects, and credited Trent for applying for the funds.

“I have never heard of Almont getting any type of grant money for street repairs in the past, even though we have applied for many,” said Treat. “I think it is important for residents understand that the village does not allocate any village tax funds towards street repairs, nor do we have a street millage that supports work to be done.”

He said those funds are awarded through the State of Michigan’s Act 51 gasoline taxes.

“The DPW maintains the streets within the village out of the Act 51 fund, which is separated into our major and local street funds for snow plowing, salting, street sweeping, cold patching and asphalt overlay or reconstruction of the streets — including any street drainage work that is done with drains and ditches.”

Treat added that in 2017, the village stopped snow plowing sidewalks because the service was being funded through the major and local street funds.

As a result, he said the village has been able to take the savings from that fund and apply them towards new asphalt.

“Since 2017, we have been able to apply new asphalt to Maple St., Johnson St., Cherry St., and more recently. the entire Orchard Hills subdivision.