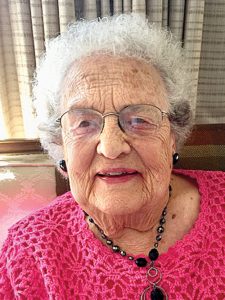 Dorothy married Harold John Schonfeld on January 10, 1948 in Imlay City, MI. Dorothy and Harold loved to travel west to California to spend time with their daughter and her family. Harold Schonfeld died on August 20, 2015.

Dorothy worked with Dr. Glenn Smith as his Head Nurse. As a Registered Nurse she assisted him in his Medical/Health Care office in downtown Imlay City for 40-plus years.

Those wishing to make memorial contributions may direct them to Imlay City Historical Society or the Imlay City Alumni Association.

Please be sure to sign the online register book at www.muirbrothersfh.com to share your memories and condolences with the Schonfeld and Weston families.