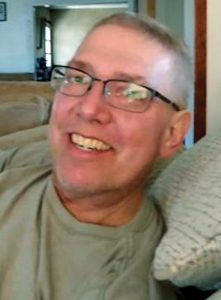 Alan Cowell, age 55, of Imlay City, MI died Friday, October 7, 2022 at his home surrounded by his loving family. Alan Scott Cowell was born September 1, 1967 in Lapeer, MI. He was the son of the late John and the late Fleeta (Miles) Cowell. Alan grew up in Imlay City and has lived here most all of his life. He was a graduate of Imlay City High School, Class of 1985; and attended truck drivers’ school after high school. Alan married Carmon Penzien on August 16, 1997 at St. Paul’s Lutheran Church in Imlay City.

He was employed by Quantix Transportation as a truck driver until the last few months. An over-the-road truck driver for 33 years; he drove most recently (the last 12 years) with Quantix Transportation. He had also driven for PWP, MTS and RTS. When time allowed, Alan enjoyed bowling with his friends on several bowling leagues, riding motor-cross with his buddies, and golfing with his brothers and children.

Alan was preceded in death by his parents, John and Fleeta Cowell; and his parents-in-law, Norm and Faye Penzien.

The family will be available for visitation from 10-11 a.m. Wednesday, October 12 at St. Paul’s Lutheran Church.

Please be sure to sign the online register book at www.muirbrothersfh.com to share your memories and condolences with the Cowell family.