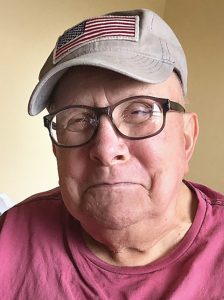 A remarkable man went to Heaven on March 1, 2020. Arden G. Hagner was born at home in Ferndale, MI on February 9, 1938 to George and Mabel Hagner. He was married to Joycelyn Hagner for 57 years.

Arden lived his life as a born-again Christian in service to God, his family and his church where he ran the sound system, was an usher and ensured everyone who needed a ride to church got one. He enjoyed car shows, working on classic cars, peanut butter and hunting. Arden served his country in the United States Army from 1962-1967. He worked at Superior Redi Mix in Auburn Hills, MI for 34 years. He was very loved by all.

A memorial service will be held at the Brown City United Methodist Church on October 18, 2022 at 1 p.m.

The family would like to thank Stonegate Health Campus for the care they provided Arden during his time at their facility.

Donations may be made to the Brown City United Methodist Church.