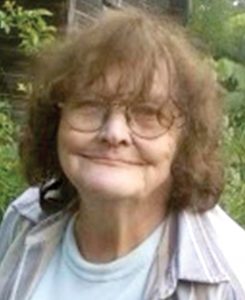 Verda Childers, age 83, of Imlay City, MI died Saturday, September 17, 2022 at Stonegate Health Campus of Lapeer, MI. Verda Mae King was born March 20, 1939 in Brush Creek, KY. She was the daughter of the late Jerry and the late Cordelia (Childers) King. Verda grew up in Kentucky until the age of 16 when she and her family moved to Michigan. She married Tommy Childers on June 18, 1955 in Sandusky, MI. Verda and Tommy moved to the Imlay City area in 1962 and have lived there since. She attended Lapeer County Intermediate Vo-Tech School, Imlay City High School, and Almont High School and graduated high school in 1998. Verda was preceded in death by her husband, Tommy, on April 7, 2012.

She was a homemaker, raising her family. Verda was a member of the Imlay City Church of the Nazarene.

She was preceded in death by her husband, Tommy G. Childers; son, Donnie Childers; and her 21 siblings.

Arrangements were entrusted to Muir Brothers Funeral Home of Imlay City. Please be sure to sign the online register at www.muirbrothersfh.com to share condolences with the Childers family.