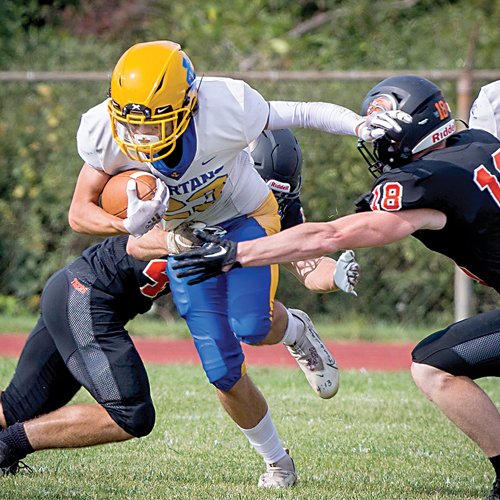 In Friday’s contest, Imlay City spotted Armada a 27-0 advantage after one quarter was done.

The middle two quarters would see Armada continue to pull away. Aided by a 21-0 edge there, the Tigers made it 48-0 through 36 minutes of action.

For the night, Brady Vanderploeg completed three of 14 pass plays for 36 yards as Imlay City’s quarterback. He threw two interceptions en route to those numbers.

His successful tosses went to three different targets. Danny Newsom (one catch for 16 yards), Andrew Cezik (one reception for 11 yards) and Kade Vanderploeg (one catch for nine yards) formed that group.