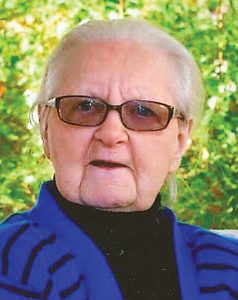 Leatha Zuhlke, age 91, of Imlay City, MI went to be with Jesus Wednesday, September 14, 2022 at Wellbridge of Clarkston, MI. Leatha Helen Hether was born September 9, 1931 in Brown City, MI. She was the daughter of the late Neil and the late Loretta (Nestell) Hether. Leatha grew up in Brown City, MI and was a graduate of Brown City High School. She married Richard Zuhlke on January 10, 1950 in Tempe, AZ. She was preceded in death by her husband, Richard, on April 9, 2000.

Together, Leatha and Richard owned Dick’s TV Sales and Service. Leatha was a real estate broker for Century 21, an office worker at Howell Industries, and was employed as a sales clerk by Pamida Department Store for 17 years before retiring. Leatha loved God, her family, and animals, especially horses.

She was preceded in death by her husband, Richard Zuhlke; daughter, Deborah Smith; her brothers, Lawrence Hether and Eugene Hether; and sister, Margaret Clark.

Cremation has taken place and a graveside memorial service will be planned for a later date.

Any memorial contributions may be made to Paradise Animal Rescue in Lapeer, MI.

Please be sure to sign the online register at www.muirbrothersfh.com to share condolences and memories with the Zuhlke family.