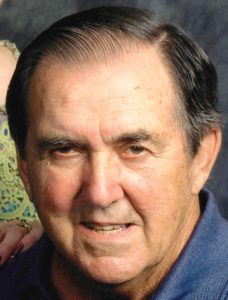 James “Jim” Steele, age 79, of Attica, MI died Thursday, September 15, 2022 at his home surrounded by his loving family. James Patrick Steele was born August 28, 1943 in Morgantown, WV. He was the son of the late George and the late Nellie Steele. Jim grew up and attended school in Morgantown, WV before moving to Warren, MI. He married Linda Whisler on August 17, 1963 in Morgantown, WV. Jim and Linda have lived in the Attica, MI area for the past 50-plus years. He was preceded in death by his wife, Linda, on November 27, 2020.

Jim was employed as a material handler by General Motors Hydraulic Plant in Warren, MI for 35 years before retiring.

He was on a senior golf league at Holly Meadows and was a member of New Hope Baptist Church in Imlay City, MI.

Jim was preceded in death by his wife, Linda Steele; sister, Gerry Konshesky; and his brothers, Don Steele, Robert Steele and George Steele.

Please be sure to sign the online register at www.muirbrothersfh.com to share condolences and memories with the Steele family.