IMLAY CITY — Out of an abundance of caution, the State of Michigan is continuing to provide water filters to Imlay City residents still concerned about the quality of the city’s tap water.

Imlay City Police Chief Brett Selby reported Friday (Sept. 16) that city officials will also continue to keep residents advised of any water-related issues due to the recent water main break that affected numerous local communities, including Imlay City and the Village of Almont. 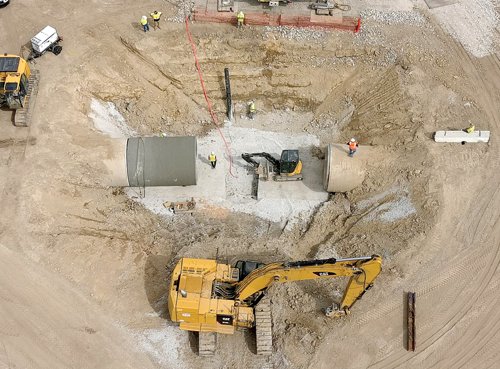 The flushing and disinfection process for GLWA’s repaired pipe is taking longer than expected and normal operation of the water system won’t likely happen until October 5.

“Over the past week and a half, we have been in constant contact with authorities at the Great Lakes Water Authority (GLWA) and Michigan Department of Health and Human Services,” Selby said. “They are closely monitoring the transition from Imlay City well water back to the re-routed GLWA water source.”

As of Monday, Selby said city officials were waiting the results of further testing to ensure there is no lead in the the city’s water supply. That testing was expected to take place on Tuesday, Sept. 20.

“The city has requested several times that any updated information be released to our residents,” Selby said, adding that testing shows that the city’s stand-by well water “does not contain lead.”

Because lead can leach into drinking water through home plumbing fixtures and customer service lines, the Michigan Dept. of Health and Human Services (DHHS) recently tested tap water in a number of Imlay City residences.

Of those tested, Selby said only two homes detected only traces of lead. He added that those homes will continue to be monitored.

Meanwhile, work continues at the site of the August 13 break to the 120-inch water transmission main that distributes finished drinking water from GLWA’s Lake Huron Water Treatment Facility to the affected communities.

GLWA officials reported Monday (Sept. 19) that the flushing and disinfection process is ongoing and proceeding.

However, because of the size and length of the pipe and amount of water and technical nature of the work, the process is taking longer than anticipated.

Given those challenges, GLWA now estimates it will take another 6-16 days before returning to normal operations. Officials had originally hoped the process could be complete by today, Sept. 21, but that hoped-for date has been pushed to October 5.