Public hearing for Axiom’s request to be held at Sept. 19 council meeting

CAPAC — A public hearing will be held at the next village council meeting regarding a proposed industrial facilities tax exemption for Axiom Engineered Systems.

Village Manager Travis Youatt told council members at their Sept. 6 meeting that the company, which purchased the former Keihin Michigan Manufacturing facility, has pledged to make an initial investment of $1.8 million in real property at the Koehn Road facility. 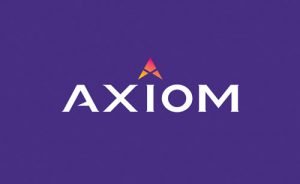 The Ontario-based company has received a performance-based grant from the state to establish their first U.S. production facility in Capac.

Youatt said that Axiom had already secured the necessary permits to start installing a crane in the vacant building.

Per state law, an industrial facilities exemption can be for any term up to 12 years.

The village granted several tax exemptions to Keihin while it was in operation.

In May of this year, the Michigan Economic Development Corporation (MEDC) announced they would give the Canada-based company a $1.24 million performance-based grant to establish it’s first U.S. production facility in Capac.

Axiom Engineered Systems specializes in thermoplastic injection molding and their customer base includes most major automotive original equipment manufacturers throughout the U.S., Canada, Mexico and Italy. Company officials said their new Capac facility will house operations for plastic injection manufacturing, warehousing, distribution, and administration. In May, the company said they hoped to start operations in Capac within an eight month time frame.

The public hearing will take place during the council’s next meeting on Monday, Sept. 19, starting at 7 p.m.

In other village matters:

•the council, at their Sept. 6 meeting, voted to table a proposed revision to the sewer repair ordinance

•at that meeting members approved a traffic control order to close Main Street between Meier and Park streets between 6 a.m. and 5:30 p.m. on Sept. 25 for the Scholz Car Show. They also authorized overtime pay for DPW and police officers working that day.

•the owner of a dangerous building on Capac Road will dispute an order from the village to demolish the barn. Youatt said the matter will go before a St. Clair County judge.