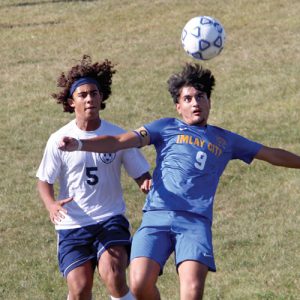 Imlay City’s Jose Salcedo (R) battles a Richmond foe for the ball during a game this past Wednesday.

With the outcome, Imlay City moves to 6-2 overall and 5-0 as far as BWAC clashes are concerned.