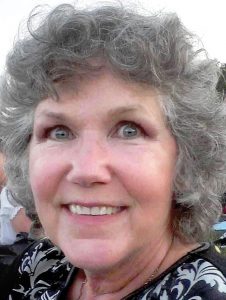 Cristina Bieling, 71, of Dryden, MI died Monday, September 12, 2022 at her home surrounded by her loving family. Cristina Lea Bond was born April 5, 1951 in Ann Arbor, MI. She was the daughter of the late Wendell and the late Phyllis (Kramer) Bond. She grew up in Ypsilanti, MI. Cristina was a graduate of St. John’s Catholic School in Ypsilanti. She attended Cleary College earning a degree in accounting.

She married Alan Bieling on December 30, 1983 in Toledo, OH. They have lived in the Dryden area since 1990. She had been a quality control inspector at TapCo Manufacturing and more recently, a Hi-Lo driver at General Motors.

Criss attended Sacred Heart Catholic Church in Imlay City and St. Cornelius Catholic Church in Dryden. With Cristina, family came first; she always attended her children’s sporting events no matter how far away they were. She participated with Lapeer County 4-H and was a member of the American Rabbit Breeder’s Association (ARBA). Criss raised nationally competitive Netherland Dwarf rabbits and showed them all around the country. Criss was involved with the Eastern Michigan State Fair in Imlay City when her kids were in school. In her 20s, Criss raced dirt bikes competitively as one of the first female racers. She traveled the world with her husband, Alan. Criss has struggled with a rare Parkinson’s syndrome (Cortico-basal Syndrome) disease since 2013.

She was preceded in death by her parents, Wendell and Phyllis; and her brother, Larry Max Bond.

The family will be available for visitation from 2-5 and 6-8 p.m. Friday, September 16 at Muir Brothers Funeral Home of Imlay City, 225 N. Main St., Imlay City, MI and from 10-11 a.m. Saturday, September 17 at Sacred Heart Catholic Church.

Please be sure to sign the online register at www.muirbrothersfh.com to share condolences and memories with the Bieling family.